An Ivory Gull was reported at Piermont Pier on Sunday Feb 24th, with word spreading rapidly (thanks to David Speiser for alerting me) so that on Monday morning I made it out to the end of the pier by 7:45 am and saw the Ivory Gull feeding at the shoreline. Over the next 1hr15 it was seen in flight, feeding on the remnant of a Ruddy Duck the local Snowy Owl had left, and just sitting around. The bird is pure white in flight, so appears to be an adult: 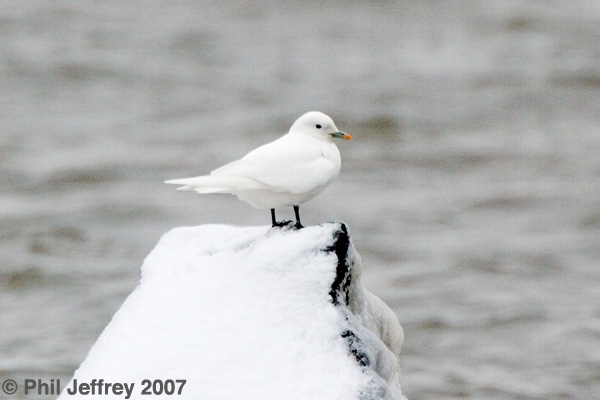 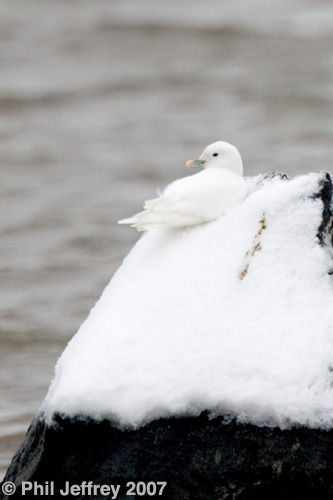 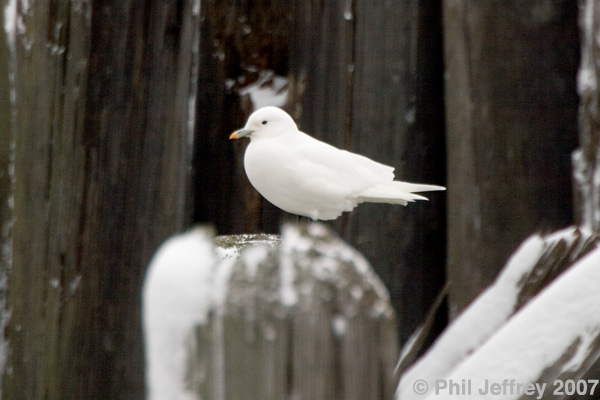 Ivory Gull is one of those species you'd expect to be especially hard hit by the thawing of the Arctic courtesy of global warming - I think you could almost guarantee a population crash with some token uptick in vagrancy. Quite a few people appear to be coming to see this bird (e.g. see this blog).

From the Rockland Audubon site the way the bird was found was: "Likely present from at least 2/23/07. On that date photographer Steve Sisti reported an unusual white gull at the Pier to Carol Weiss. Carol spent a short time on Saturday searching unsuccessfully for what she expected to be an Iceland Gull. On Sunday 2/25/07, at approximately 2 PM, Drew Ciganek located and identified an Ivory Gull."

In addition, the prior main attraction at Piermont for much of January and February had been the Snowy Owl, which was also quite cooperative. It seems to be feeding productively on the local Ruddy Duck population, and is not particularly skittish. A few times it appeared to be cleaning it's face by rubbing face-down in the snow, something I hadn't observed with other Snowy Owls I've seen. In any event, this bird seems to be doing well and attracting a lot of attention. Left-overs from the Snowy Owl might be the attraction for the Ivory Gull, much in the same way it scavengers from other arctic hunters in more typical habitat. There are even more pictures of this bird from the subsequent Wednesday on this page. 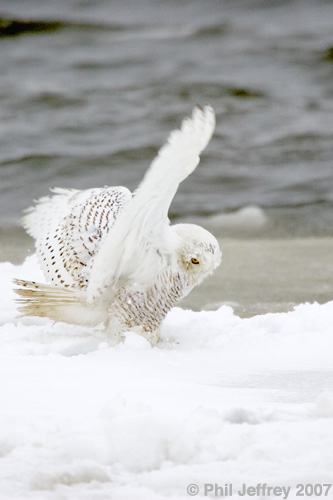 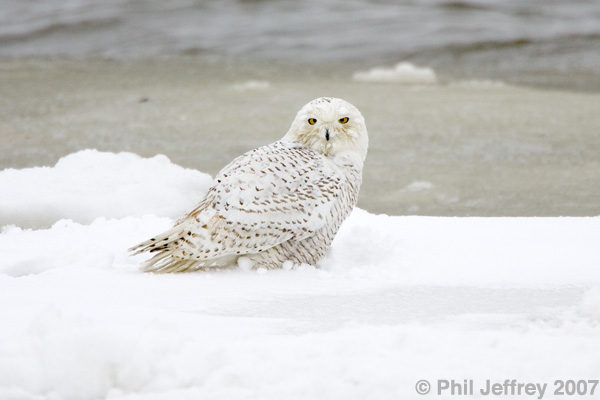 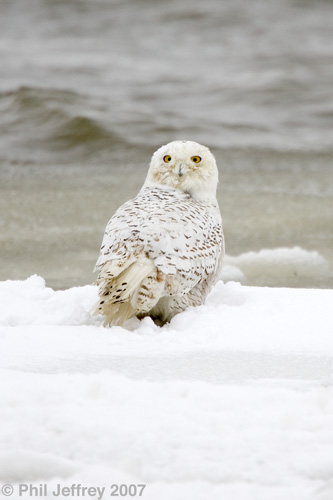 All photos © Phil Jeffrey 2007 - all rights restricted - personal use OK, but all other uses please contact the author.
Thanx,
-phil.