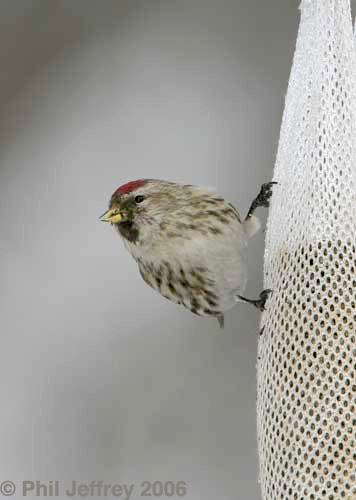 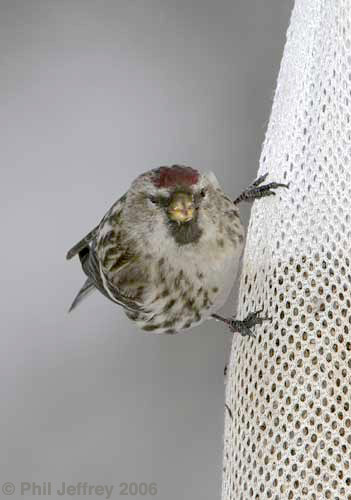 Found at the thistle feeders in the Evodia Field - probably an adult female by virtue of relatively clean white underparts and no pink coloration on the breast. The dramatic deep fork in the tail is useful for ID even when it is high up in a tree. Common Redpolls are irruptive species in the same manner as Pine Siskins. Early 2004 saw a small invasion, with many individuals seen at coastal locations like Jones Beach, Island Beach State Park (NJ) and Barnegat Inlet (NJ). Common Redpolls in Central Park are very uncommon, however. 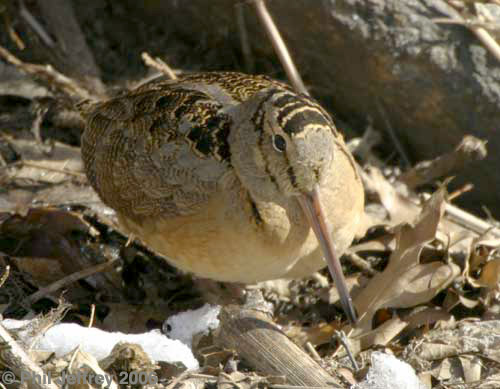