Reported several days previously, the rare geese at the Deep Hollow Ranch just east of Montauk NY had spurred quite a lot of interest, not least of all because they were joined by other rarities - Ash-throated Flycatcher and Western Kingbird. The day I saw both geese, the Ash-throated was not found, but there were TWO Western Kingbirds along with a flock of 20-25 Red Crossbills. I initially saw the Pink-footed Goose as a fly-by with excellent views, but eventually I was able to find it in a Canada flock that was relatively approachable:

The Barnacle Goose wasn't quite so cooperative, keeping its distance most of the time, but later in the morning I was able to find it closer to the edge of the pasture in which it had been feeding all morning, albeit in harsher light: 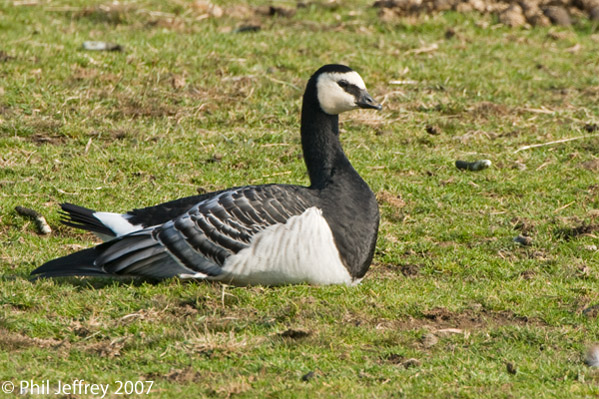