All photos and text copyright © Phil Jeffrey, 2001-2009. I don't have an issue with personal use the images, but for all other uses please contact meDo not redistribute the photos - point people at this URL instead. .

I went on a pelagic trip out of Belmar, NJ on 8/17/03 run by See Life Paulagics. Despite enjoying simultaneous flu and seasickness symptoms it turned out to be a very rewarding trip. The numbers (except of Wilson's Storm Petrel) turned out to be relatively low, but the quality was high.

Pictures were taken on a combo of Canon EOS-10D (6 Mpixel digital SLR), 300mm f4 lens with 1.4x teleconverter. I use this combo instead of my heavier lenses because of hand-holding issues on a boat (a smaller lens also autofocusses faster). I used 400 and 800 ASA because of the relatively poor light conditions. Post-processing included color-balance, cropping and sharpening (unsharp mask) in Photoshop.

White-faced Storm-Petrel has a remarkable foraging style where it appears to drag itself along by it's feet, gliding in-between. This bird was seen fairly well but never right alongside, so most of my photos are the rear view: 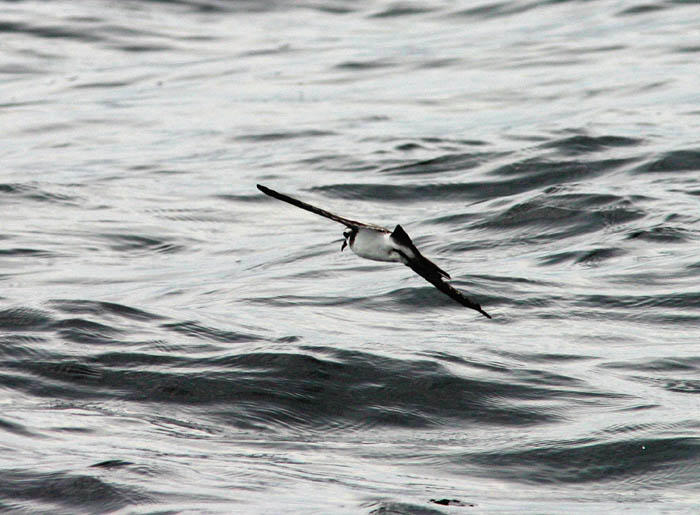 Although in this one shot I did get somewhat luckier with the perspective (but it's not that sharp): 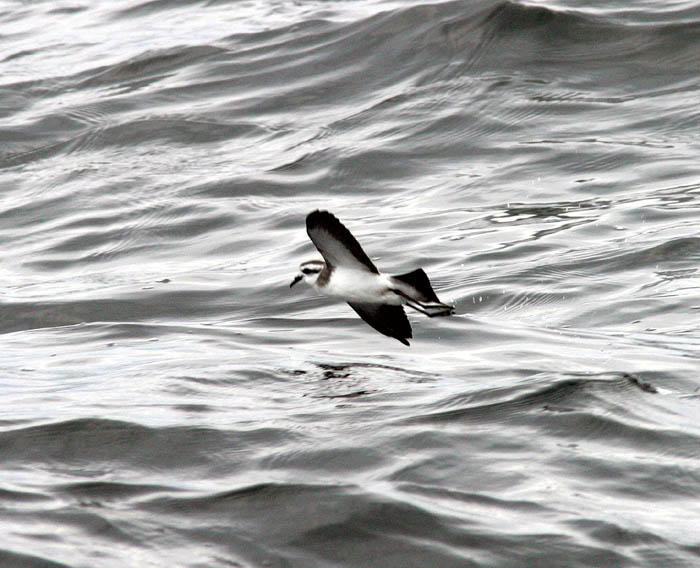 I'm usually fairly cynical about ID'ing non-adult Jaegers but this bird gave excellent views. Note that since I shot this at 800 ASA there's a fair amount of red/green noise in the image. 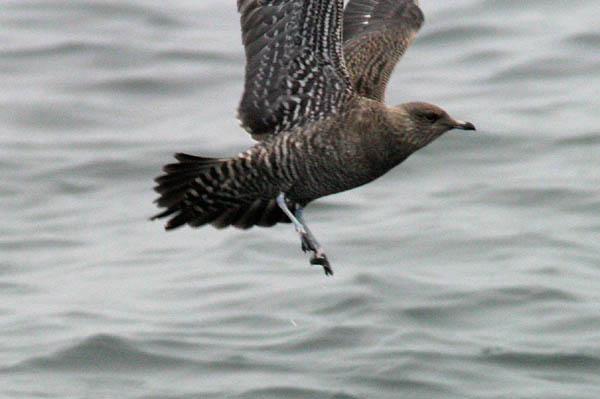 The bird on the water shows a small bicolored bill with extensive black smudge. The overall bird is relatively cold with little or no warm brown coloring (this seen in the field, and not just a color balance issue). 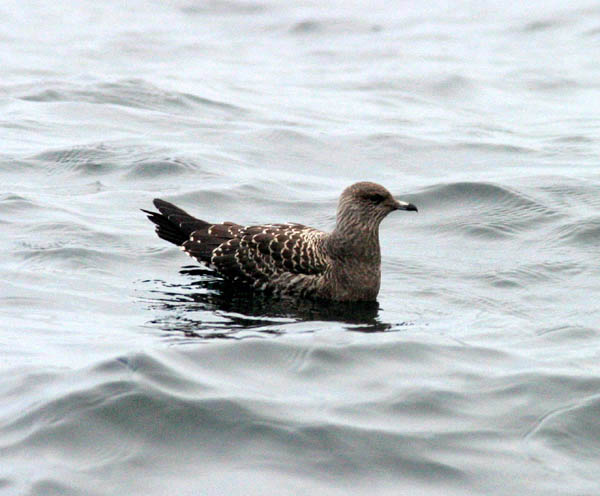 This photo, unfortunately with the bird half-way out of the frame shows clearly the cleanly marked and contrasting undertail coverts and the underwing and the contrast with the color of the flanks. 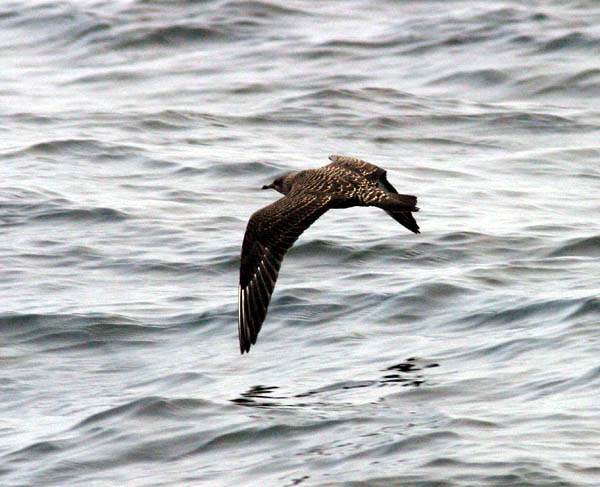 This photo of the bird in flight shows the white on the upperwing flash is limited to the two outermost primaries. The spread tail shows the two central tail feathers are longer than the others and rounded.

Factors favoring Long-tailed over Parisitic include: bill size, extent of black on the bill, lack of any warm coloring on the underwing and flanks, prominent barring of the undertail coverts, rounded not pointed central tail feathers. There is no single feature that favors Parisitic over Long-tailed, so one may assert with some confidence that this is a juvenile Long-tailed Jaeger.

On a single fly-by I managed to get two images. The first one is blurry but shows the dark undertail coverts, and white into the auricular region. 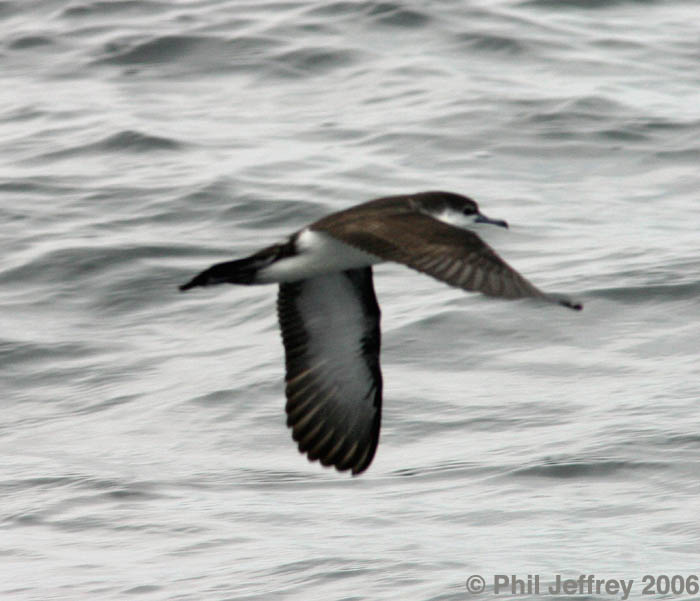 On this picture the proportionally longer tail is evident. 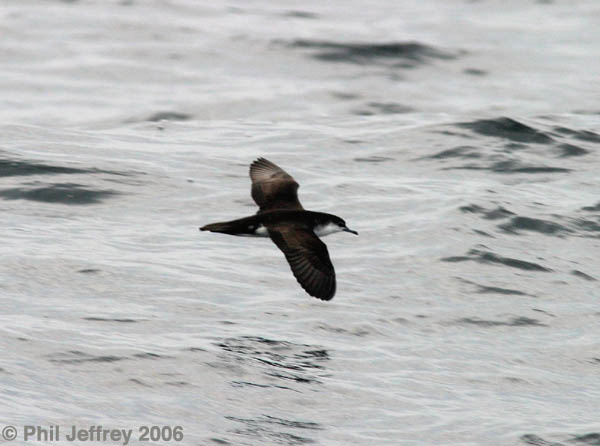